The Capuchin church in Krosno is a beautiful example of a dream come true and pure Baroque, built during the reign of Classicism.

The designer and builder of the Exaltation of the Holy Cross church in Krosno was Father Innocenty Barth, an architect educated in Prague and guardian of the Capuchin Order in Krosno from 1770 to 1809. The four decades of his stay in Krosno were filled with efforts to finish the building of the church that began in 1771 and was interrupted by not just ordinary difficulties but also historic events, especially the reign of Emperor Joseph II, who almost abolished the Capuchin Order in Krosno. Suffice it to say that just the foundations took two years to build, and the ready church waited to be roofed for 28 years.

Father Barth did manage to finish his work by the time he passed away at the age of 84. He did not live to see only the finished decorative painting of the interior, which is one of the biggest attractions of the church today. It was done to the guardian’s conception by local artists Antoni Smuglewicz and Andrzej Kucharski, who managed to blend together the painted ornaments and the architectural elements. By doing this, they created optical illusions, especially on the vault, showing the heaven and angels, and on the arcs. It is really difficult to tell at first glance which parts of what you see are painted and which are made of stucco.

Even though the polychromy was painted a quarter of a century after the creation of the flagship works of Classicism in Warsaw, such as the Łazienki palace and park complex, its aesthetics are typical for mature Baroque, just like the church, built with stone blocks. Its façade virtually emanates the Baroque finesse, and alludes to the primary model of the bygone era, the Jesuite Church of the Gesù in Rome, familiar to anyone who has had anything to do with the history of architecture. The Capuchin church in Krosno should not be seen then as late Baroque, as is suggested by the date of its creation, as it represents mature, blooming Baroque. This does not mean that Krosno was behind the times, but it is a testament to the strong personality of the builder. The conservative father-architect dreamed about a pure Baroque church and managed to realise his dream, overcoming huge obstacles.

This is why, when you visit the church, notice not only the magnificent Illusionistic polychromy decoration, but also the modest plaque commemorating Father Innocenty on the pillar of the organ gallery.

The main altar, as well as the side altars, perfectly matching the decorative painting, date to the end of the 19th century and were made by Stanisław Janika from Krosno and Romualda Łapczyński from Kraków. At the centre of the main altar there is a Baroque crucifix, made probably around the time the church was built. The paintings in the side altars are works of Jan Kruszyński and Jan Tabiński, both artists famous in Galicia.


Take a virtual tour of the church 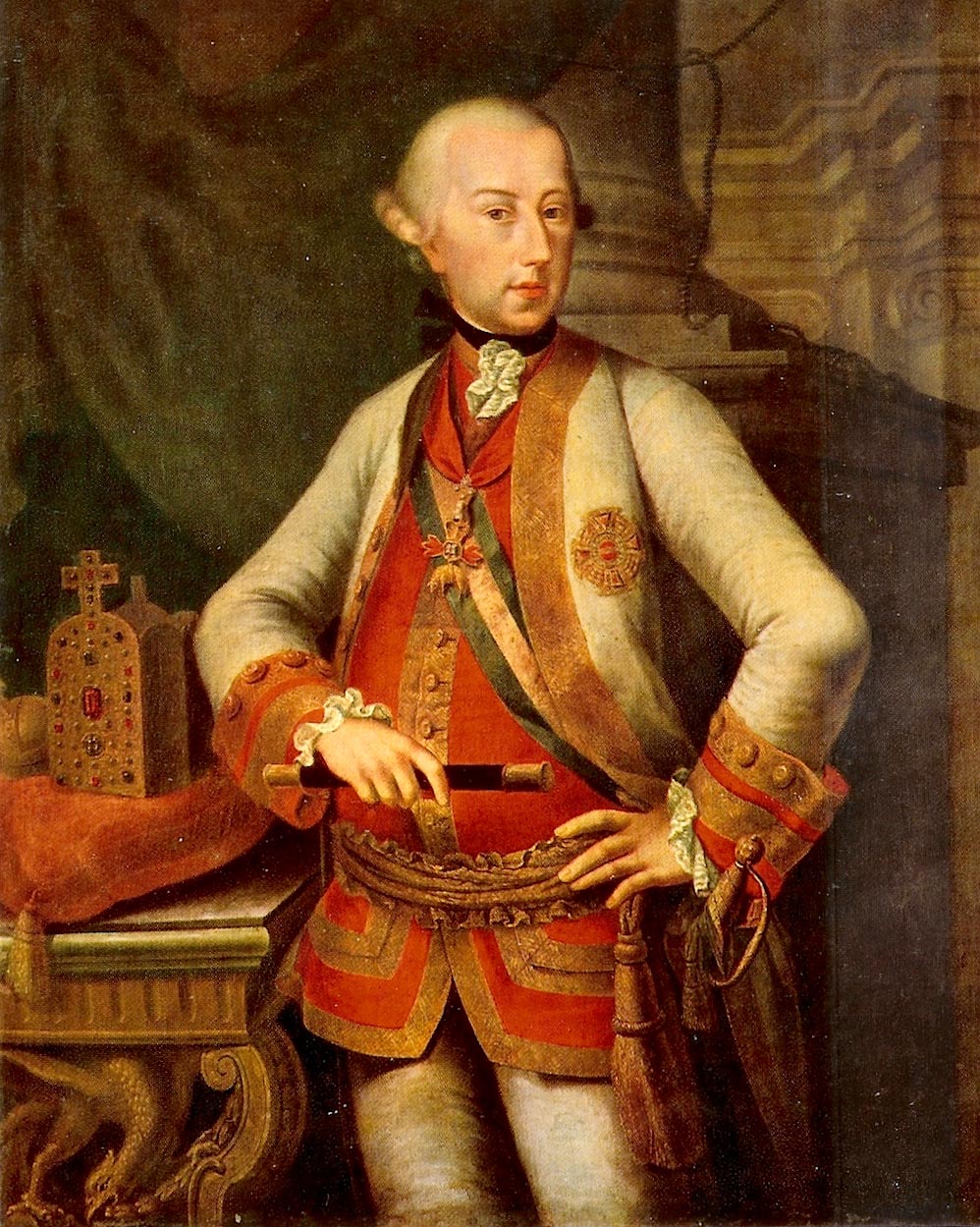 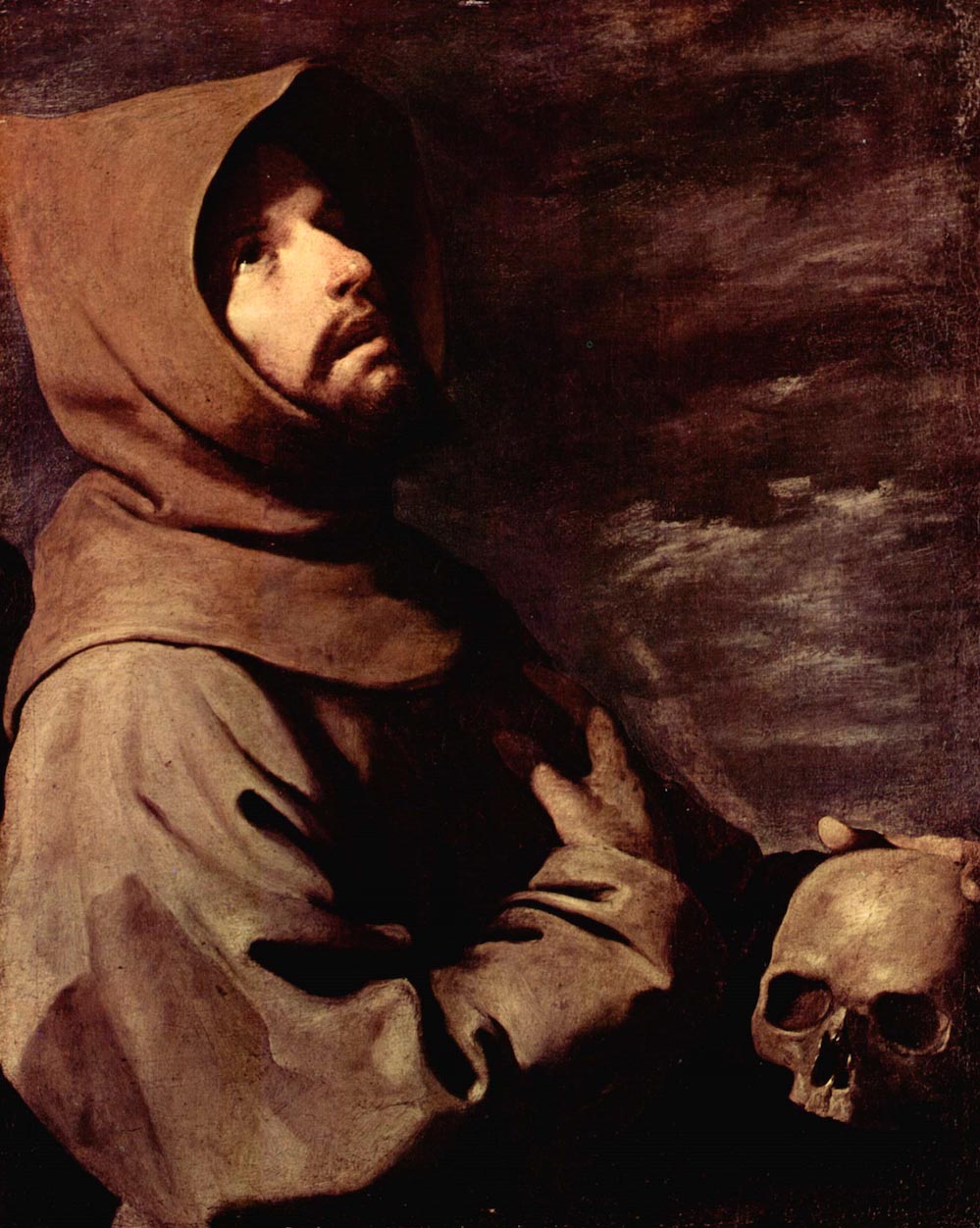 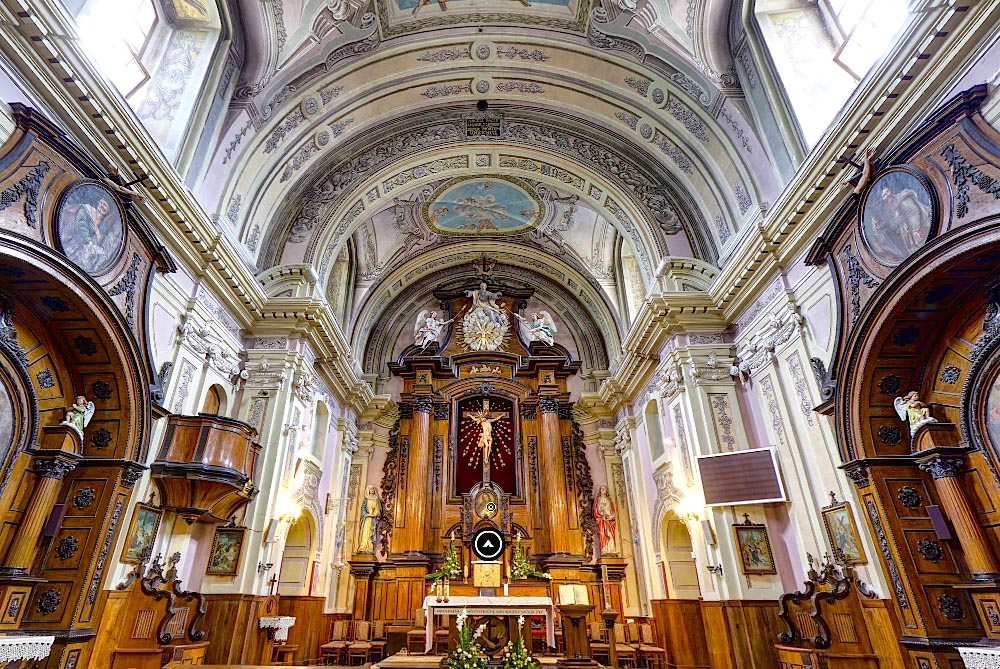