Wandering in the naturally beautiful region

There are many green areas in Krosno and some of the Krosno parks have a bit of a cult following, but the town is still more of an option for those who are interested in historic landmarks and the heritage of the industrial culture, or simply enjoy a siesta in the shade of historic buildings. If you are looking for a meeting with wild nature, you have to leave Krosno for a bit and head north or south.

If you choose the north, only a few kilometres away from Krosno there is the town of Korczyna and the Czarnorzeki-Strzyżów Landscape Park, protecting the most valuable parts of the Pogórze Dynowskie and Pogórze Strzyżowskie, divided by the valley of the Wisłok River. The highest mountain there is Sucha Gora, at the height of 585 metres above sea level well visible from Krosno and rising 300 metres above the level of the Wisłok in Krosno.

The varied geological makeup of both the Pogórze Dynowskie and the Pogórze Strzyżowskie results in ranges of hills divided by valleys created by rivers and streams, as well as the rock formations, which make their landscape even more attractive. One of such formations is just a stone’s throw away from Krosno in the Prządki Nature Reserve, and the fantastical shapes of the Prządki rocks have inspired one of the most famous local legends. 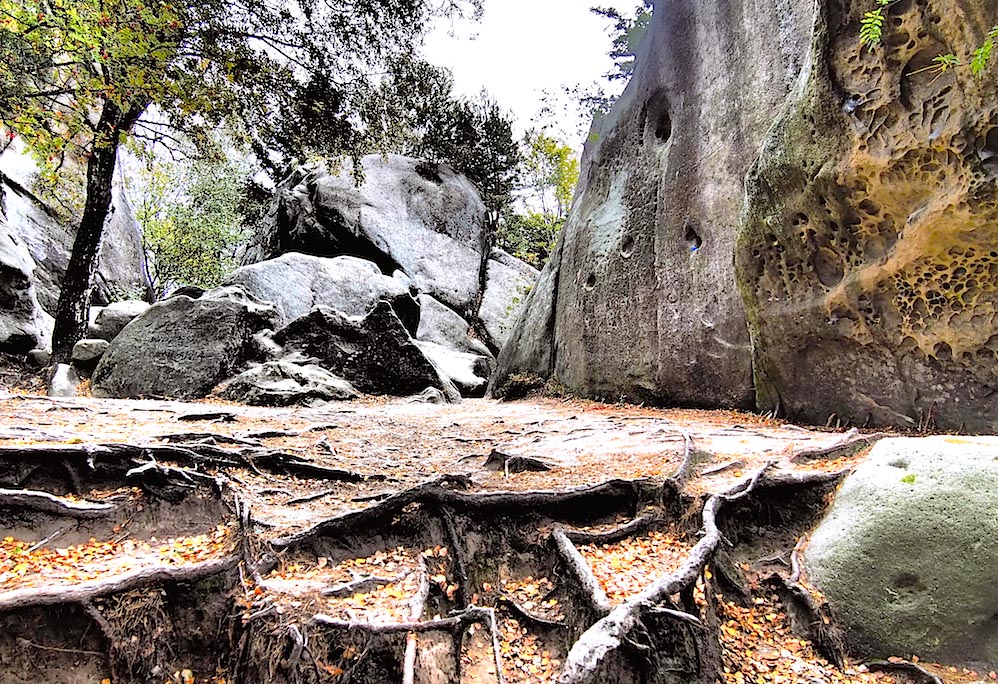 The caves around Królewska Mountain and underground drifts on the slopes of Sucha Mountain created in the process of acquiring sandstone are no less mysterious. Even more secrets are waiting to be discovered at the Kamieniec Castle, built of the sandstone in the Middle Ages. 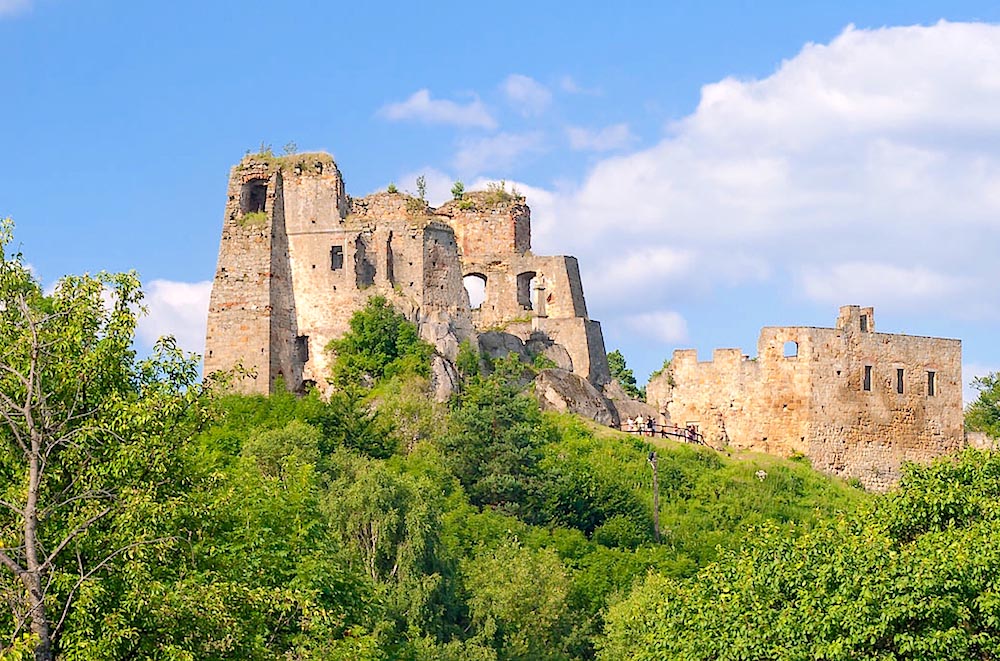 There are over 800 species of vascular plants to be seen in the Czarnorzeki-Strzyżów Landscape Park, and 64 of them are under protection. They include the legendary common yew, which, contrary to its name, is very rare. It can be best appreciated in the Kretówki Reserve or the Cisy Reserve in Malinówka – the latter is home to over 1000 yew trees on the area of only 4 ha, which makes it unique on a European scale. 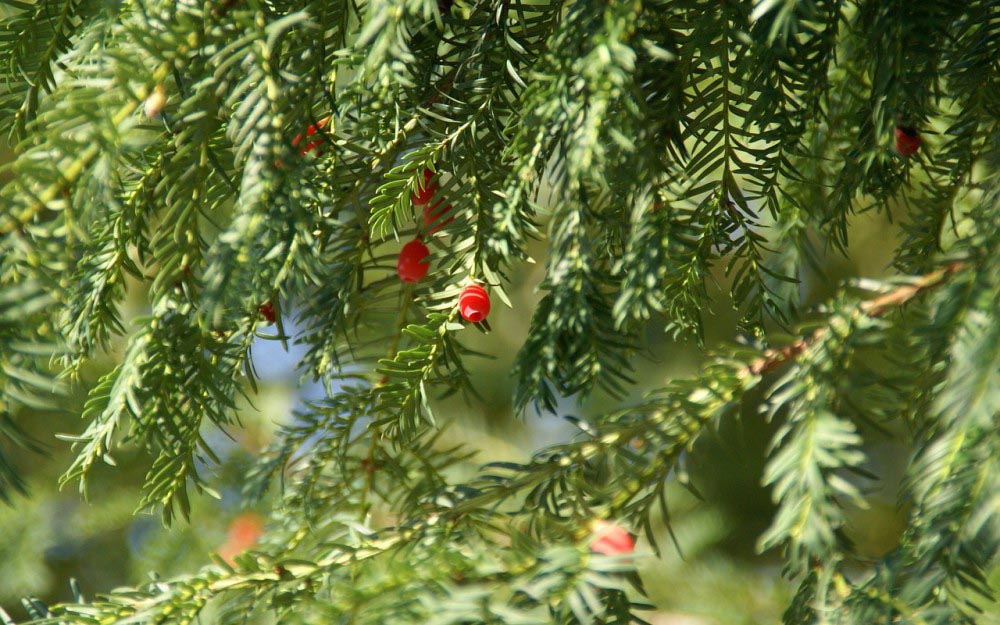 Higher sections of the hills and mountains are covered with beech forests, characteristic for the region and very beautiful. Like many plant communities in the region, it is a natural forest and has kept the atmosphere of the ancient Carpathian forests. (Up to 80 per cent of forests in the region are natural!) It may seem otherwise, but natural forests are not easy to come by in the widely advertised Bieszczady Mountains, which are only perceived as wild nowadays because they became wild again as a result of decrees of history, but before 1939 were one of the most densely populated parts of the Carpathians.

The undergrowth of those forests is home to many interesting species that are endemic to the Carpathians, such as Cardamine glanduligera O.Schwarz and the rare and protected yellow anemone, which can be found in spring in the white carpets of windflowers covering the forest floor. Another unique plant species include the wood spurge, which uses ants to spread, and the European bladdernut, which originated in the Pannonian Basin.

The animal world is represented primarily by large mammals: the majestic red deer, roe deer and wild boars. The population of grey wolves is also growing. Smaller animals that are often encountered include foxes, hares and martens. Badgers, otters and polecats are a somewhat rarer occurrence. Birds are very widely represented, with rare species such as the black stork, lesser spotted eagle, eagle owl, tawny owl, Ural owl and the white-backed woodpecker. 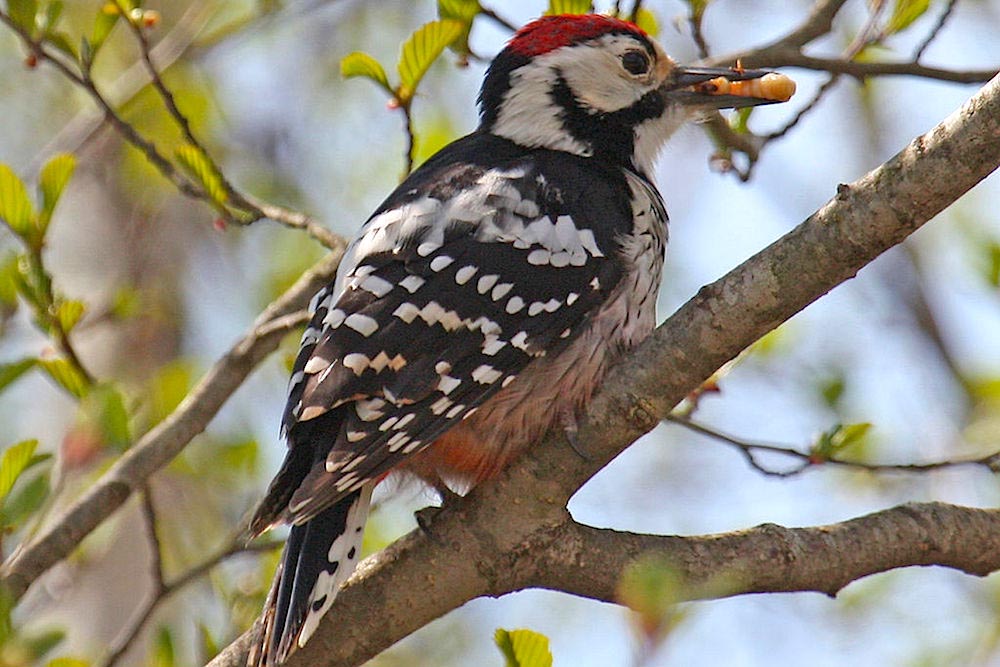 Over 200 species of protected animals have been observed in the park, including 16 species of amphibians, 6 species of reptiles and 5 species of fish. All the reptiles and amphibians you may encounter in your journeys there are definitely protected. The world of insects is especially varied, from ground beetles, through common and lesser stag beetles, to beautiful butterflies, including the rare Clouded Apollo. 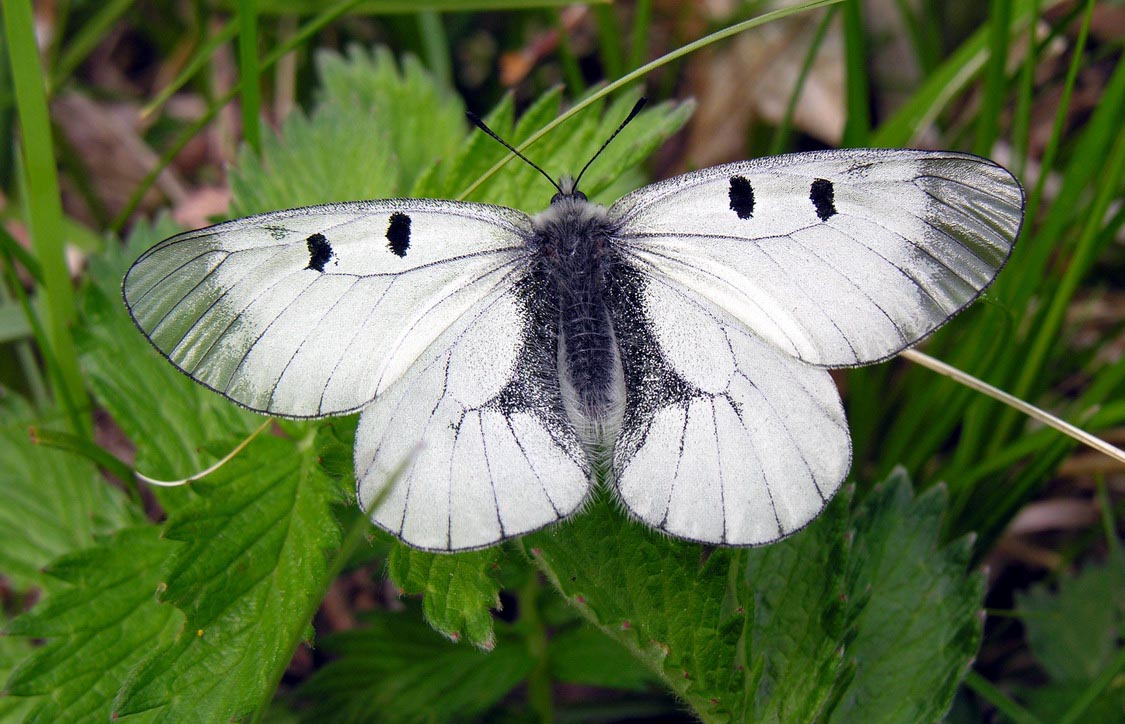 If you choose to go south, your journey will be a little longer, but it does not have to take you more than a 30-minute drive. It is enough to reach Dukla, towered over by the characteristic Cergowa Mountain (716 metres above sea level), legendary and mysterious, and enter the beautiful Beskid Niski mountain range. 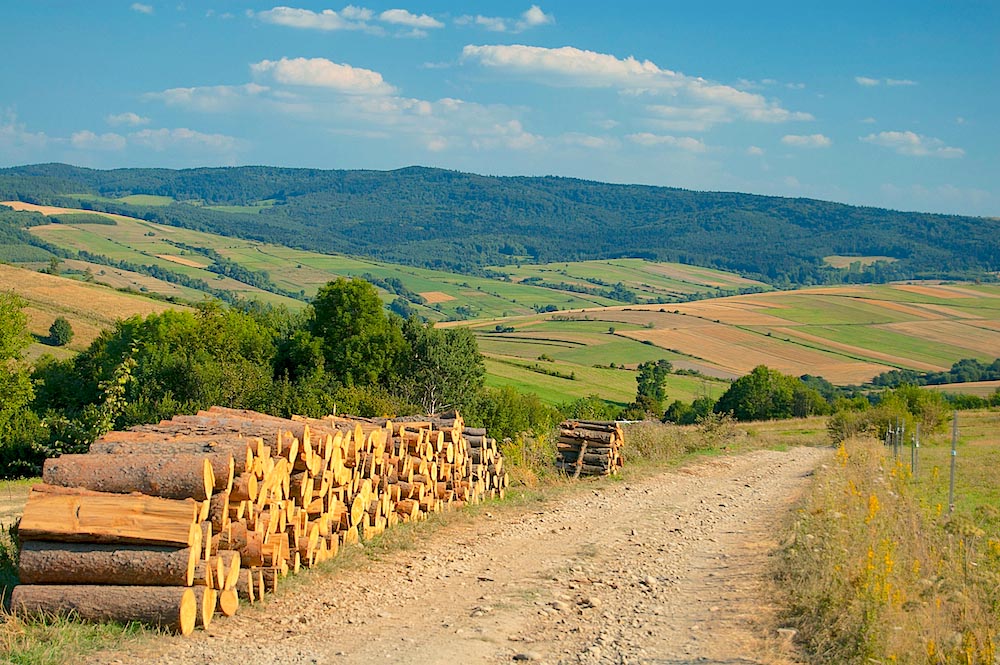 Its eastern part, which is especially picturesque, is protected under the Jaśliska Landscape Park, which takes its name from the charming and atmospheric town of Jaśliska. The town, just like Dukla, is a must see for all those who appreciate the literary works of Andrzej Stasiuk. It also has its mountain, Kamień, at 859 metres above sea level the highest mountain in the area, with mysterious screes that are really worth seeing, just as are the sandstone outcrops and caves on the nearby Piotruś Mountain (727 metres above sea level). Higher sections of the mountains are covered by the Carpathian beech forest, protected in the Kamień nad Jaśliskami Nature Reserve and the Millennium Reserve on Cergowa Mountain. 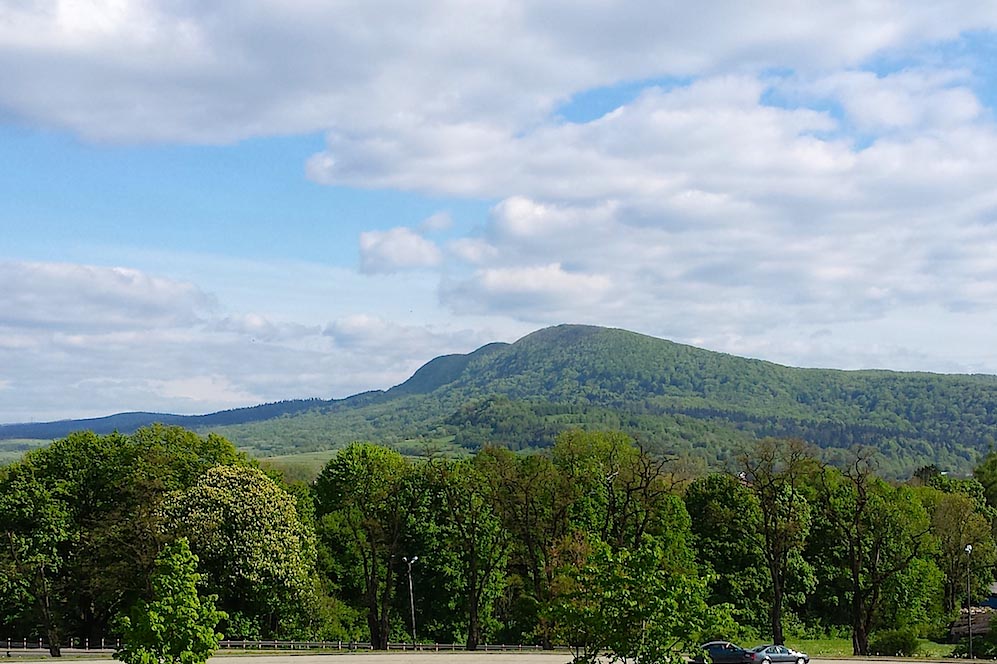 The Przełom Jasiołki Nature Reserve, where you can see amazing landscapes and small waterfalls, is also worth recommending, just like the somewhat further away but no less interesting Źródliska Jasiołki Nature Reserve, protecting the spring areas of the rivers Wisłok and Jasiołka. The world of plants in the Beskid Niski is not very different to that in the foothills, but it is richer, with more dense complexes of the Carpathian beech forest and ancient fir forests. The biocenoses also include wet meadows, marshes and peat bogs, which are most beautiful on the site once occupied by the village of Jasiel, in the Źródliska Jasiołki Nature Reserve. The history of the village inspired the legendary Polish war film “Ogniomistrz Kaleń” (“The Artillery Sergeant Kaleń”). 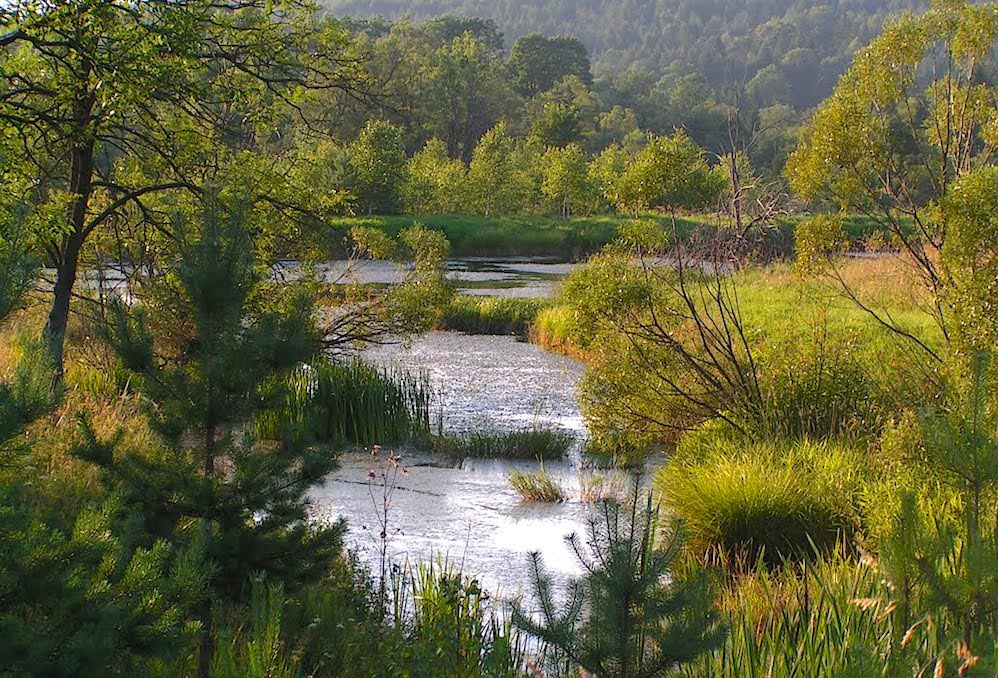 The fauna is also richer, especially because of the large predators inhabiting the Beskid Niski such as the grey wolf, brown bear and lynx, and the biggest birds of prey, including rare species such as the golden eagle and the lesser spotted eagle. The western parts of the Dukla District fall within the Magura National Park, whose flora and fauna can also be discovered in the Park’s educational centre in Krempna. 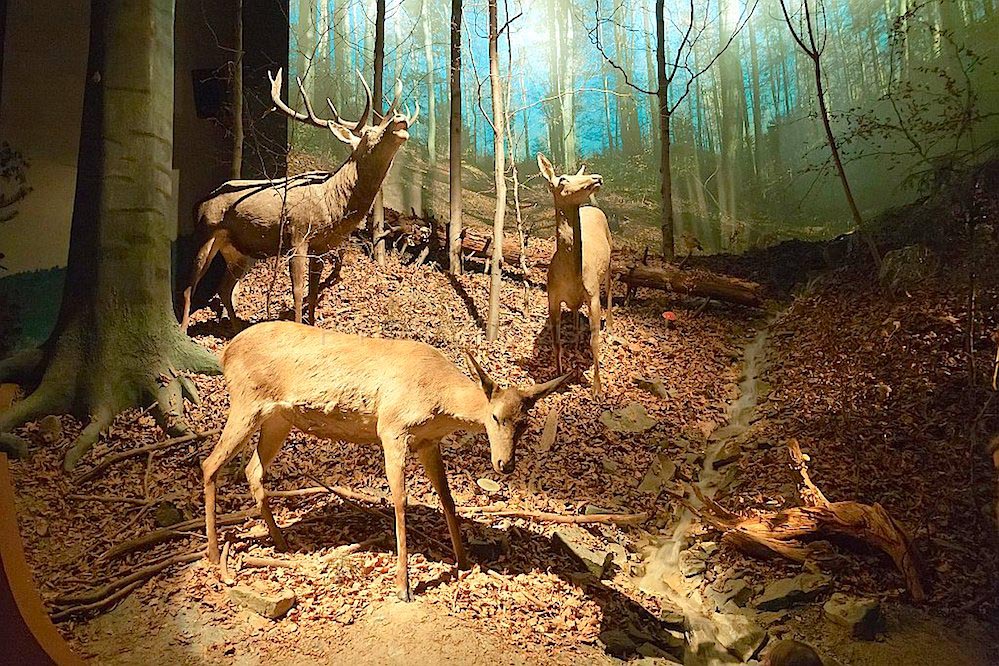 Another direction for those in search of beautiful nature and landscapes is Rymanów, Besko and Bukowsko to the south-west of Krosno. You may not find there such wilderness as in the Beskid Niski, but there is the artificial Sieniawskie Lake, with over 230 ha of area rightly thought to be an angler’s heaven, and the majestic though not widely known gorge of the river Wisłok in Besko. Sixty metres deep and truly impressive, it was created as a result of the river cutting into the hills. It is also the only Pleistocene river gorge in Poland. 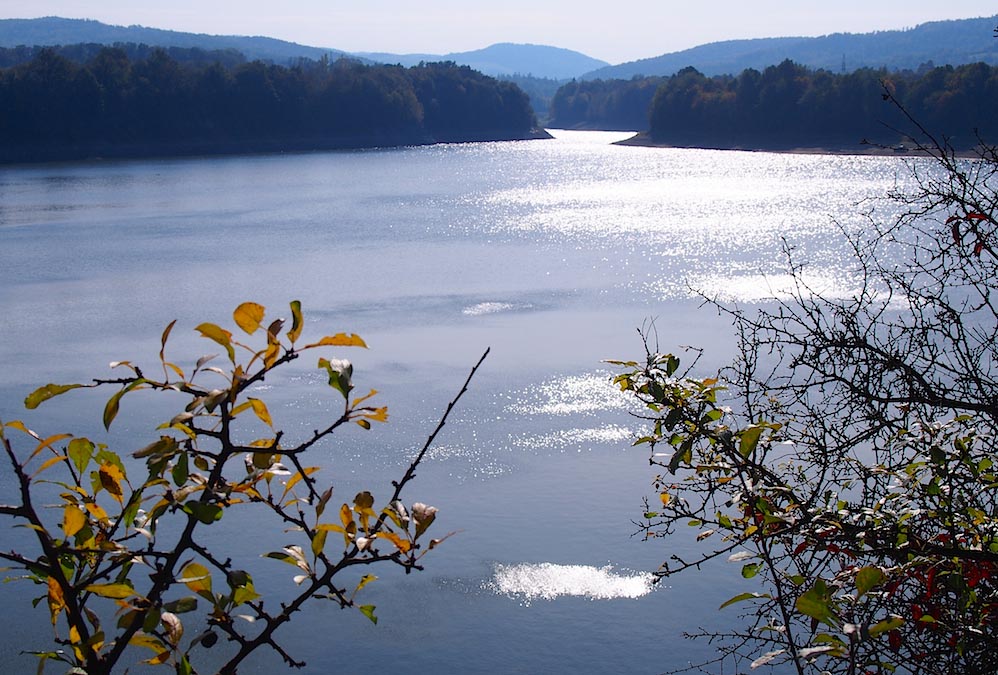 The stone walls of the Wisłok gorge in Rudawka Rymanowska are only slightly less impressive, and are a perfect place for sunbathing and swimming. You can also see there the biggest menilite slate quarry in the Carpathians, called Ściana Olzy. 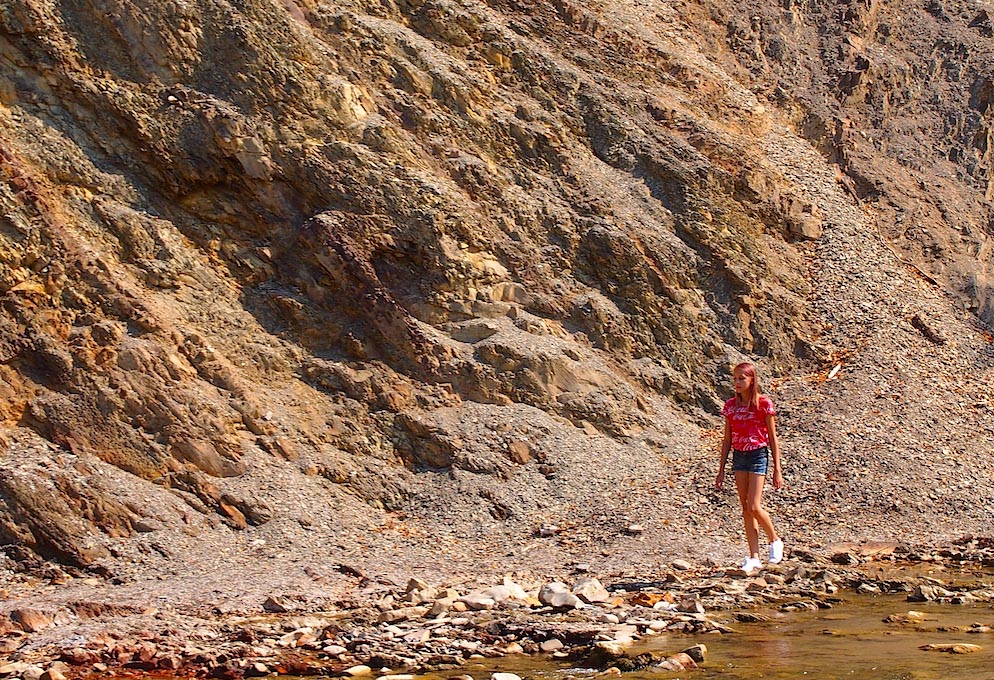 Rudawka Rymanowska neighbours with Odrzechowa, known for one of the biggest Hutsul pony farms in Poland. The farm in Odrzechowa organises a popular regional festival at the end of summer, Pożegnanie Lata, accompanied by an exhibition of the Fleckvieh cattle and Hutsul ponies championships. An interesting, and definitely original option is the Lemko Horseback Cattle Drive, where a herd is driven through the picturesque valley of Wisłok from Rudawka Rymanowska to the no longer existing village of Polany Surowiczne. 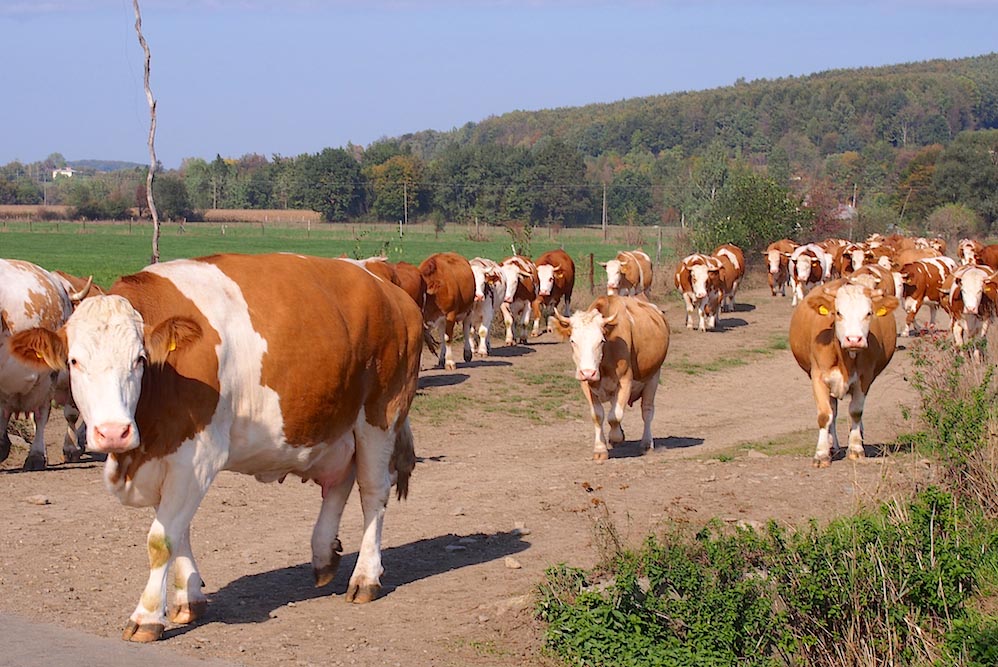