What makes the region interesting to explore

Once you have seen Krosno, take a look around its neighbourhood and you can see many monuments on a global scale, those listed as UNESCO World Heritage Sites.

Only a short drive away from Krosno you can see the oldest and grandest example of wooden Gothic architecture in the world. It is of course the Assumption of Holy Mary and Michael the Archangel church in Haczów. When you visit it, you can really appreciate the mastery of the carpenters employed by St Hedwig and her husband at the end of the 16th century, who built the church without using a single nail, and admire the unique medieval polychromy painting – the oldest paintings in a wooden church in Europe (fot. 2).

Younger but even more spectacular polychromy painting has survived in Blizne, in the All Saints church (fot. 3) funded by the bishops of Przemyśl around the middle of the 15th century and inspired by the wooden church in Haczów. The polychromy painting is what put the church on the UNESCO World Heritage List – and it is definitely a must see.

The pearl of wooden architecture from Haczów inspired many other valuable medieval wooden churches, such as the St Adalbert’s church in Krosno, and others, in Iwonicz, Humniska, Domaradz and Golcowa. The Our Lady of the Immaculate Conception church (fot. 4) in Jasienica Rosielna in turn is a rare example of a richly decorated, typically Baroque façade made of wood.

It is also worth seeing the somewhat more modest of churches, in Targowiska, Rogi, Wrocanka or Wietrzno, representing the “parochial Baroque”. Speaking about Baroque churches, the gem made of stone and brick that is the sanctuary in Stara Wieś must be mentioned. Its heart is the magnificent Baroque the Assumption of the Mother of God Basilica from the 18th century, which together with the building of the convent constitutes one of the most valuable architectural complexes in Podkarpacie. Another notable Baroque church of the region is the collegiate church of the Transfiguration in Brzozów (fot. 5), where mummified hands of the priest Bartłomiej Misiałowicz who supervised the construction of the church have been discovered.

One of the most beautiful Rococo effigies in Europe can be seen on the tomb of Maria Amalia Mniszech née Brühl in the St Mary Magdalene church in Dukla, which she funded with her husband Jerzy Wandalin. Another priceless monument of church architecture is the Baroque Bernardine monastery and the church dedicated to St John of Dukla, a hermit and builder of the Franciscan church in Krosno.

Many towns of the region, such as Dukla (fot. 7), Rymanów and Frysztak, were home to large Jewish communities, which disappeared forever from old Galicia after 1939 as a result of Hitler’s criminal ideology. What is left of them is several interesting places such as the ruins of a synagogue and the Jewish cemetery in Dukla, the restored synagogue and cemetery in Rymanów, and the cemetery in Korczyna.

Those little places have also preserved the atmosphere of old provincial towns where time slows down and things are never very urgent. There, you are free to ask yourself the most important questions, you can find yourself and feel the power of the present in a setting that is both historic and still very much alive.

This is why it is worth finding a few moments to take a stroll on the extremely atmospheric town square in Dukla, lose your way among the wooden arcaded houses in Jaśliska, or visit the lively Rymanów – if only for a moment, on your way to Rymanów Zdrój, where, just like in Iwonicz Zdrój, you can experience the atmosphere of an old Galician spa – something you can experience only in the Carpathians. You cannot be indifferent to the magnificent wooden architecture of both resorts, which has put them on the Wooden Architecture Trail. Both in Iwonicz and in Rymanów, old residences of the families who established the spas – the Załuskis and the Potockis – have survived, though if you are interested in the spirit of a traditional landowner’s residence, visit the manor house in Żarnowiec (fot. 8), gifted to the poet Maria Konopnicka by the people of Poland in 1903. The mementos of her life and work can be admired in the stylish interiors of the biographic museum established in the house.

The beautifully restored manor house in Kombornia is another must see. Its history goes back to the 16th century, and it is one of the best preserved manor house and park complexes in Podkarpacie. The residence, which now houses a four-star luxurious hotel and a spa with rich wellness infrastructure, is surrounded by a ten-hectare park.

Another compulsory place on your list should be the Museum of Nobility Culture in the lovingly restored manor house in Kopytowa, and of course the medieval Kamieniec Castle with an exhibition on perhaps the most influential family in the history of the Krosno region, the Kamienieckis. You can also see there an equally fascinating torture chamber (fot. 9), where you may be allowed to experiment with the exhibits. 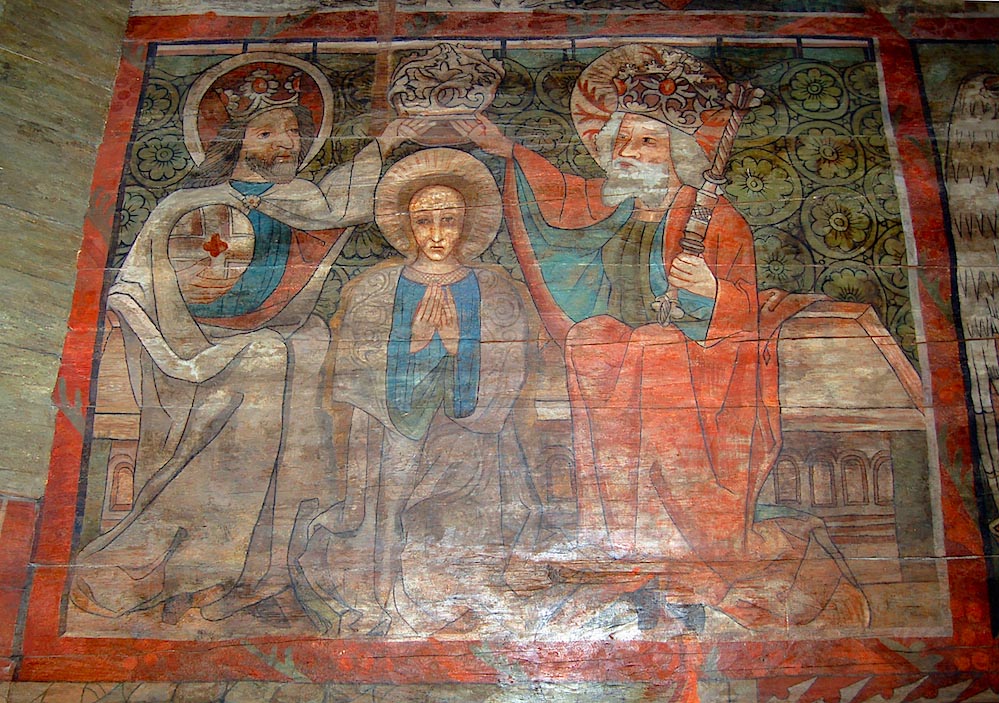 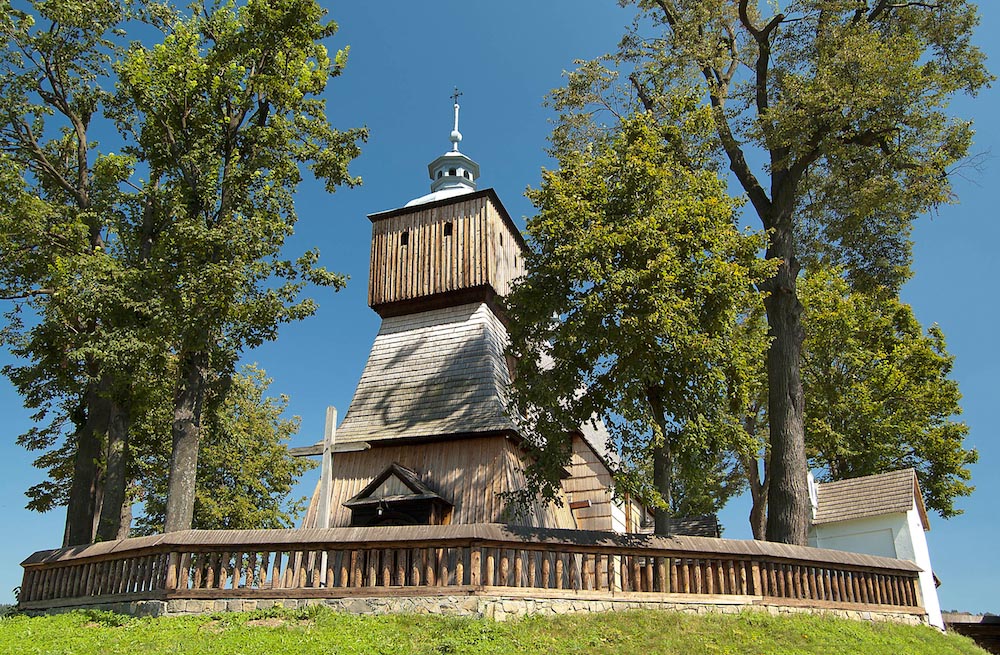 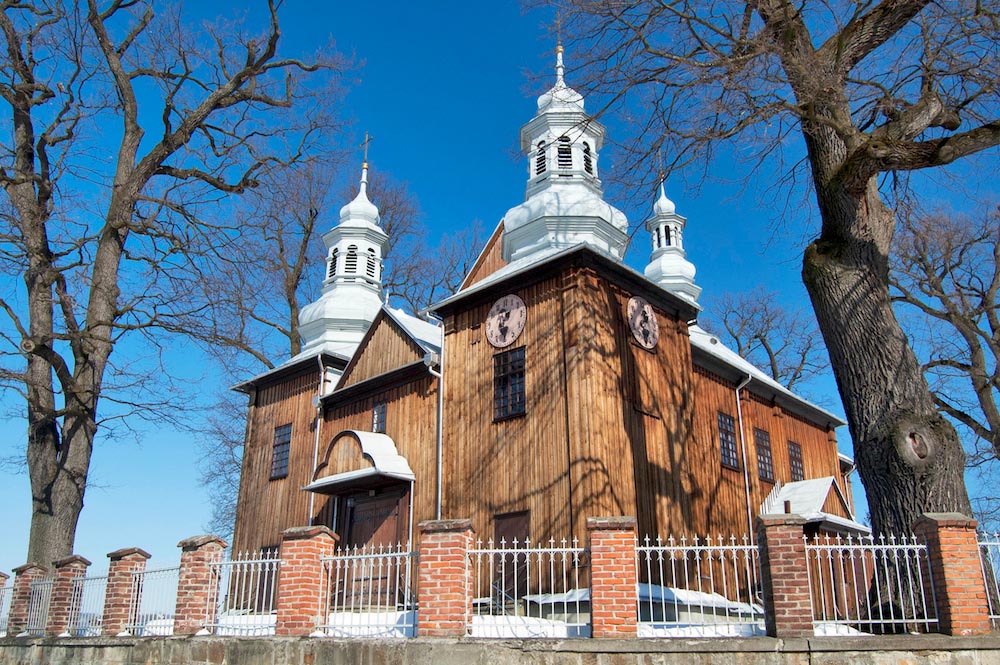 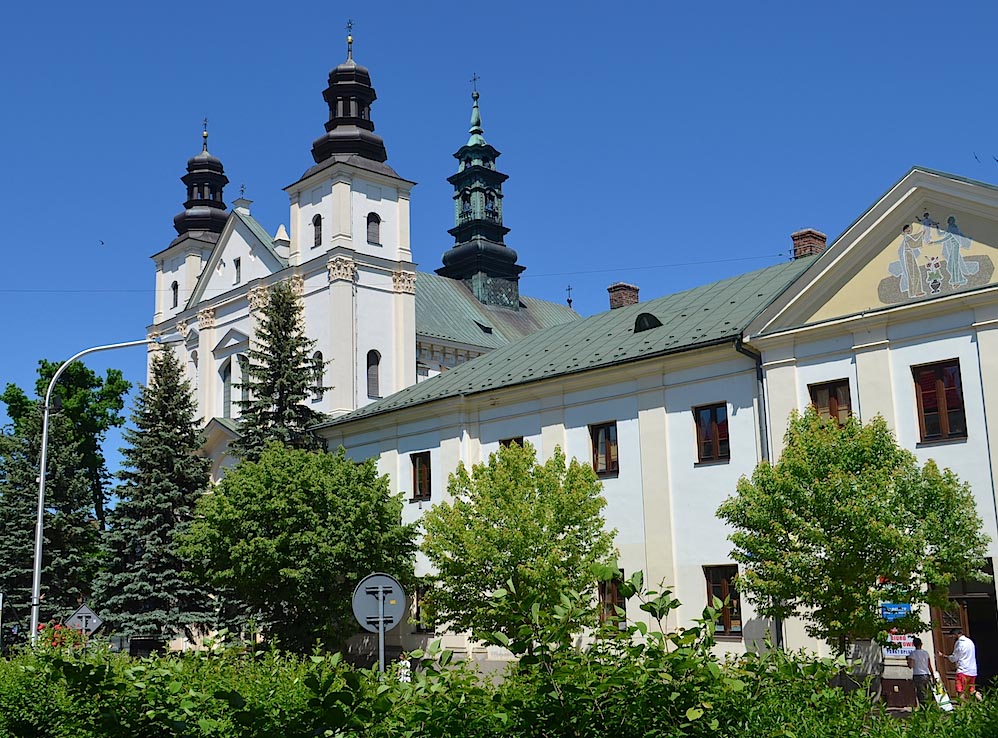 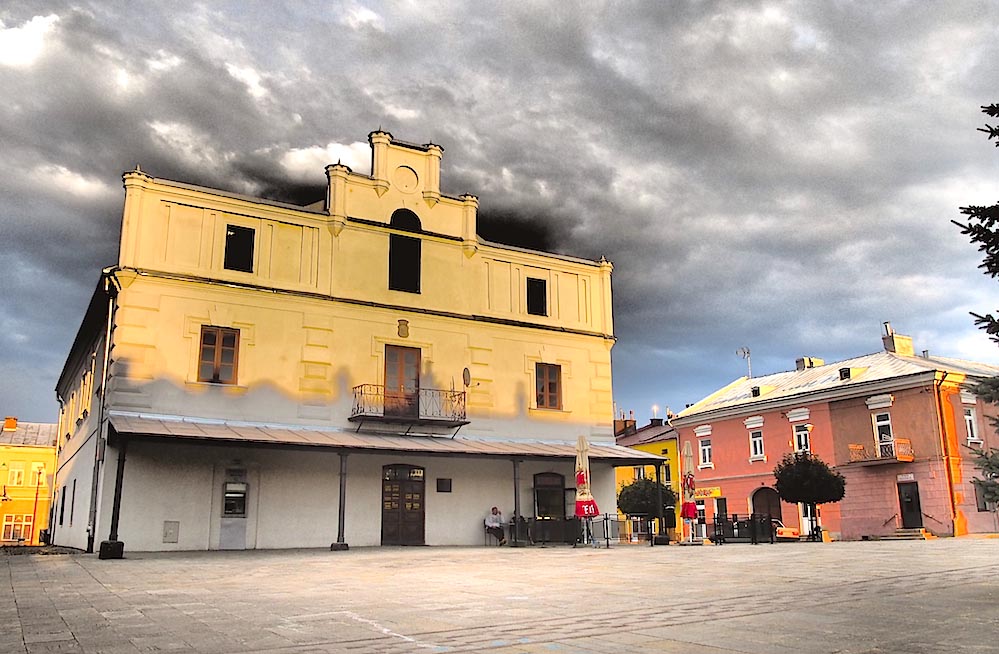 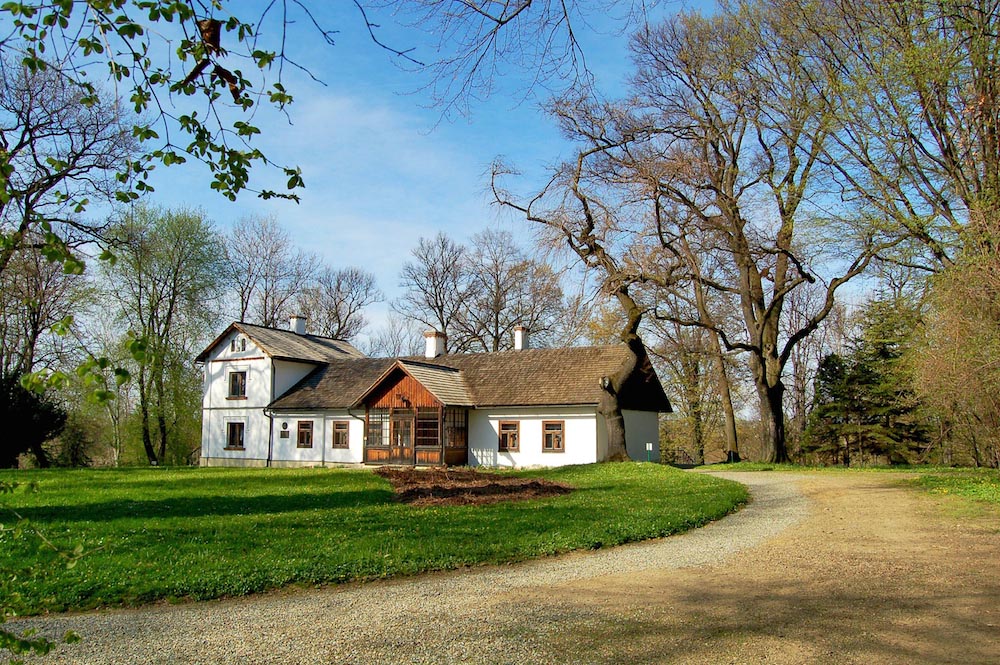 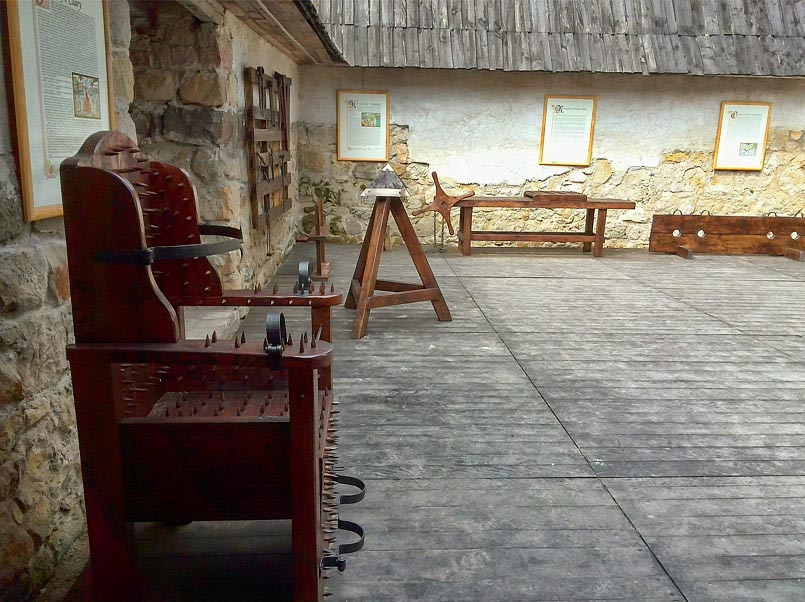 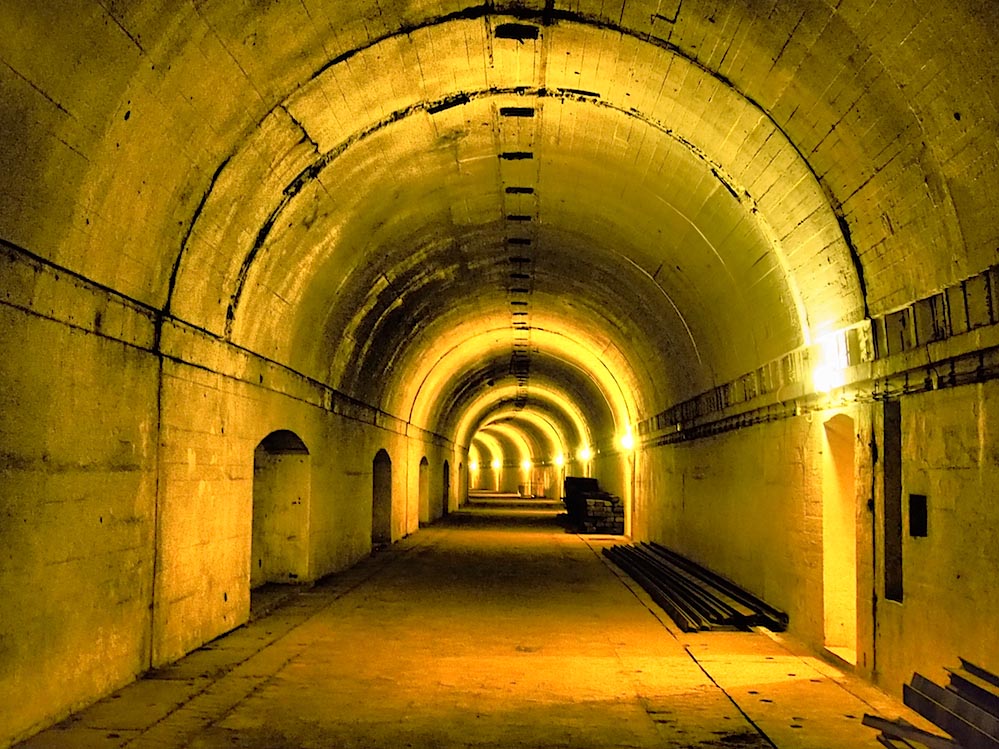 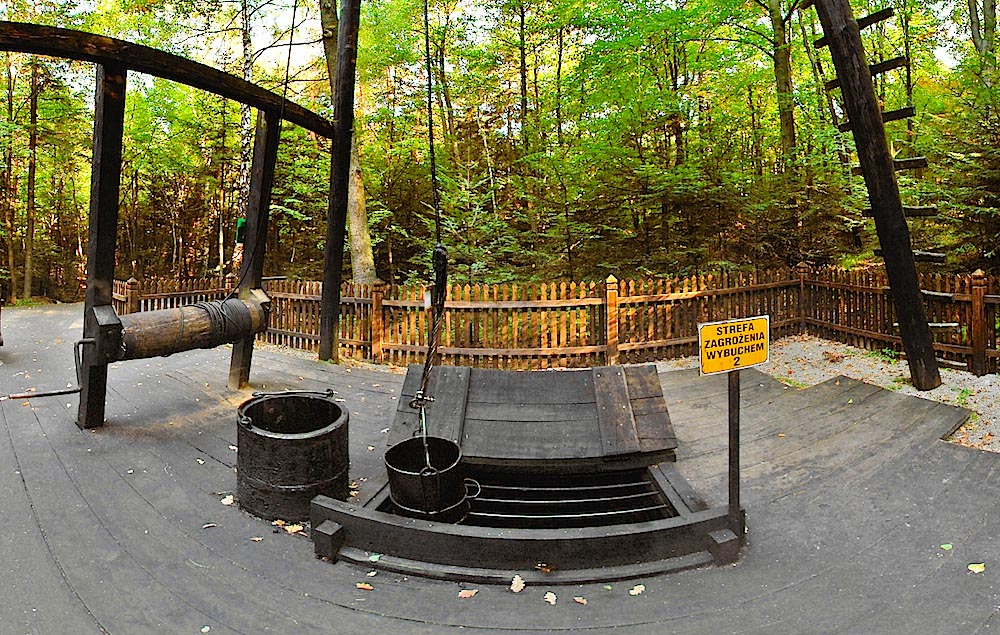 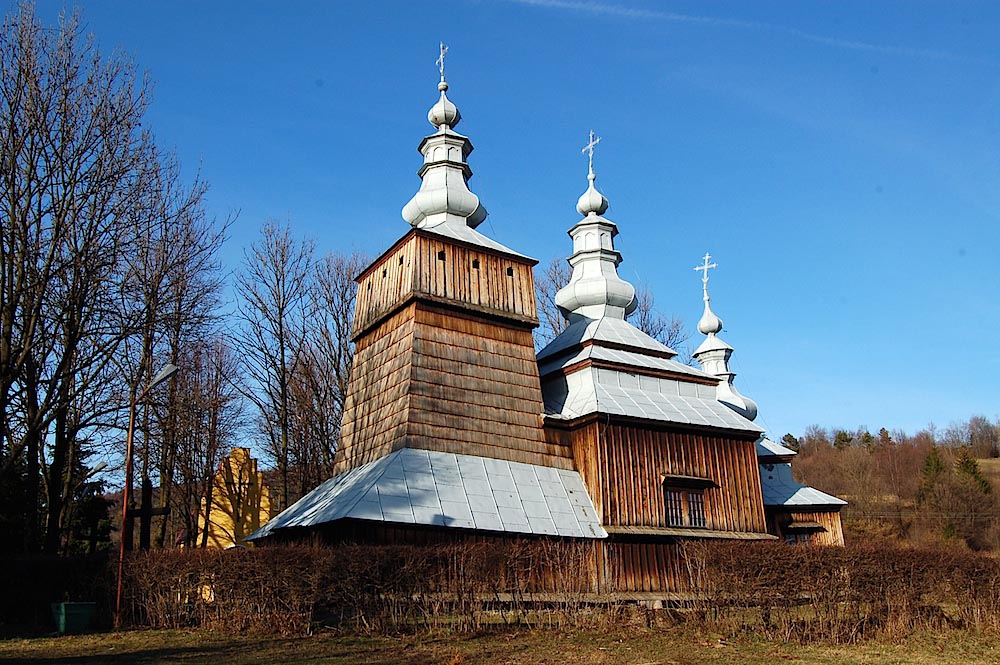 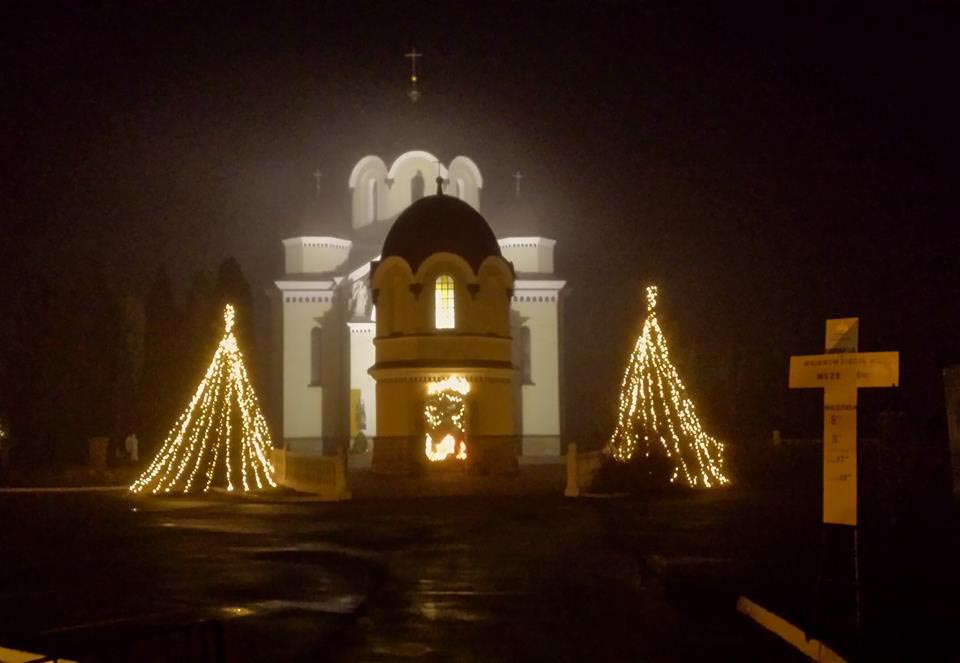 When you are in Dukla, visit the old palace of the Mniszech family, one of the most spectacular residences of Polish Rococo, which now houses the Historical Museum – the Dukla Palace, presenting the history of the residence and the town, as well as the battles fought on the Dukla Pass during both World Wars. At the time of the Polish People’s Republic, the palace housed the Brotherhood In Arms Museum, a reminder of which is the heavy weaponry from the Second World War in the historic palace park.

Those interested in militaria and the Second World War will be especially keen to see another intriguing piece of historic architecture – the two railway bunkers in Stępina (fot. 10) and in Strzyżów. The former was prepared for Hitler’s staff train and was indeed visited by Hitler and Benito Mussiolini, the leader of fascist Italy, when the two met in August of 1941.

Perhaps an even more spectacular example of industrial architecture, but peacetime, can be seen in the famous Museum of Petroleum and Gas Industry in Bóbrka (fot. 11), the only museum situated on a working oil field. Its history is inextricably linked with Ignacy Łukasiewicz, co-founder of the first petroleum company in the world, which extracted and refined oil in Bóbrka. Like his partners – Tytus Trzecieski and Karol Klobassa – Łukasiewicz is very much present in the landscape of Krosno. The Museum’s exhibitions present geology and oil mining, the refinery industry, distribution of petroleum products, the natural gas industry, and collectibles connected with petroleum. Most importantly, however, Bóbrka is where the global petroleum industry was born.

Finally, you can also see an exotic side of Poland near Krosno. Apart from the mementos of the Jewish community, there are also reminders of the Lemkos – Ruthenian highlander people shaped by the traditions of Eastern Christianity who used to coexist peacefully with Polish people in the Carpathians. Kombornia, only 10 kilometres away from Krosno, neighbours with Jabłonica Polska, where the old Orthodox church dedicated to Saints Cosmas and Damian survives, built at the turn of the 19th century and serving as a Roman Catholic church today, like the nearby old Orthodox churches in Wróblik Królewski (fot. 13) and Wróblik Szlachecki. A bit further away from Krosno, beyond Rymanów Zdrój and Dukla, you can admire the typical wooden churches of the Lemko people. A characteristic feature of those churches is the high tower over the entrance, clearly inspired by the architecture of Roman Catholic churches. It can be seen in the pearls of Lemko carpentry that are the churches in Bałucianka near Rymanów Zdrój, Chrowa near Dukla, or further to the west in Kotań and Krempna (fot. 12).

To the north of Krosno, in the Pogórze Dynowskie, you can also see beautiful Orthodox churches, as this region was largely inhabited by the Ruthenian people called Zamieszańcy because of significant Polish influences on their culture. They left behind magnificent churches – a wooden one in Bonarówka, and brick ones in Czarnorzeki, Krasna and Węglówka. The two latter ones and the church in Wróblik Królewski mentioned earlier are especially good examples of architecture in Ukrainian national style, sometimes described as pseudo-Byzantine.

And all that only a short drive away from Krosno!