The Franciscan church in Krosno is the oldest functioning church in the entire Podkarpacie Province. Despite its turbulent history, it still hides treasures on a European scale.

The beginnings of the church date back to the 14th century, when brothers of the Franciscan Order arrived in Krosno for the first time. Some date their arrival to the end of the 13th century, others to the beginning of the 14th, but the first certain date is 1378, when they were officially brought to Krosno by the Bishop of Przemyśl Eric from Winsen, also a Franciscan. The land for the Franciscan Order in Krosno was granted by Queen Hedwig in 1397. It was necessary as the brothers were working then on significantly extending the existing chapel, built at least a few dozen years earlier. Unfortunately, their work was thwarted by a fire in 1399.


The brothers, rather than give up, bought an adjacent plot of land from the town and at the beginning of the 15th century built the wonderful monument of Gothic architecture we can admire today. They used bricks, but built on the existing stone parts of the original church, which date back to the 14th century, or even earlier. Those parts are easy to notice on the outside of the church around the chancel and the vestry.

Another piece from before the fire is the painting of St Sebastian discovered in 1994 and dated to the end of the 14th century, which can be seen in the Transfiguration Chapel next to the chancel. It is connected to a younger painting of Madonna and Child with Saint Anne, which dates to the beginning of the 16th century.

In 1434, St John of Dukla arrived in Krosno in search of education and vocation – and he found both at the Franciscan monastery. He studied in Kraków and then came back to Krosno to work as a guardian and, probably, to oversee the final stages of building work. He was then transferred to Lviv, where he managed the work of the Order in the entire Ruthenia.

In the course of the 15th century, the work on the three-aisle church and the adjacent monastery buildings was concluded, and the church has survived to our times in virtually unchanged form. The main later additions are two chapels added in the 17th century – Our Lady of the Rosary on the south side of the church and, on the north side, St Stanislaus chapel, better known and the Oświęcim family Chapel. There is a separate article about it. 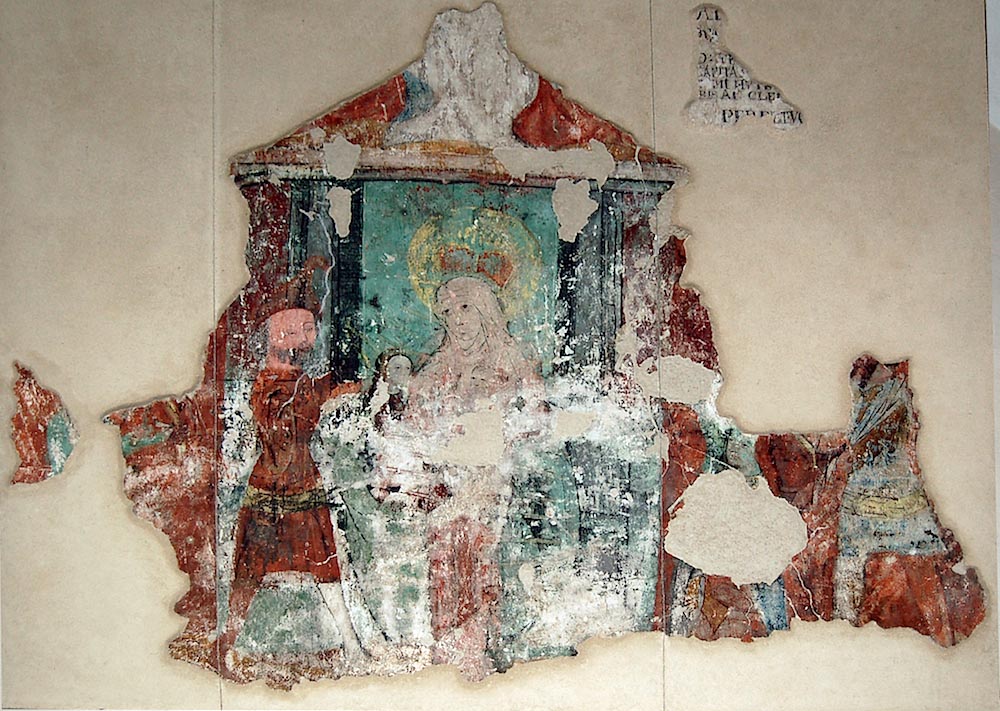 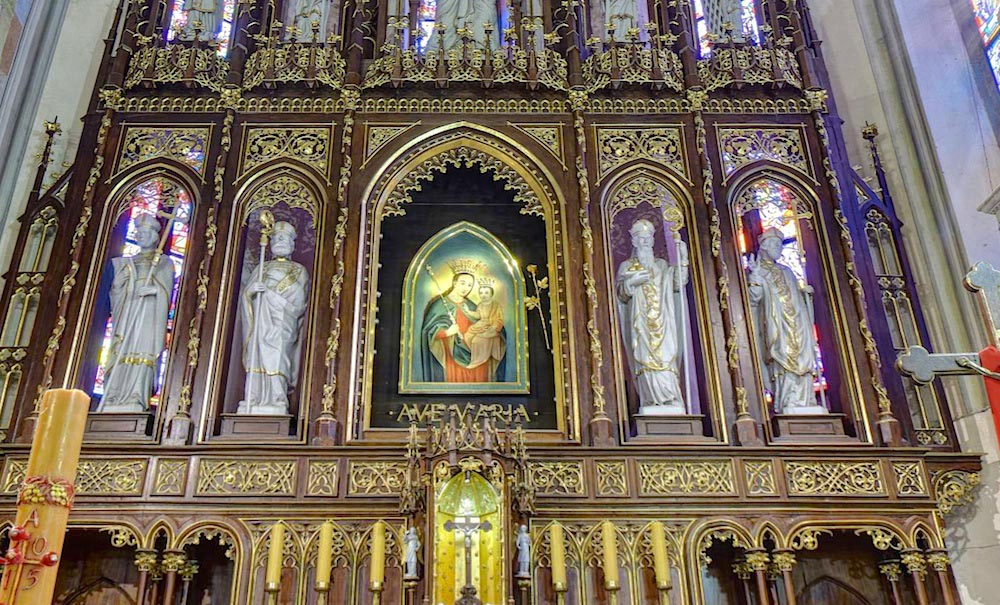 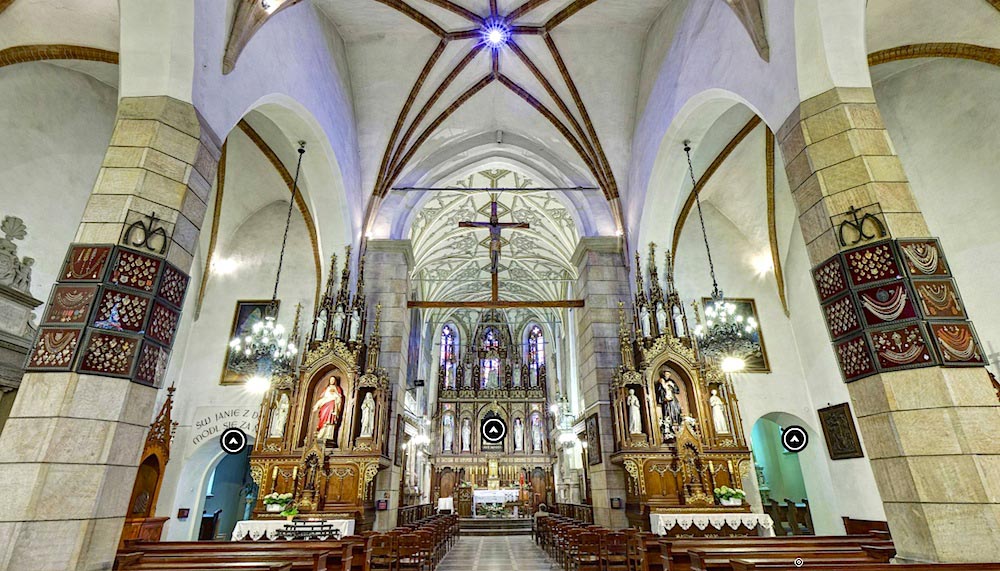 As you enter the church, you should be aware that in 1872 a terrible fire destroyed its interior. The organ, altars and choir stalls you can see were added after the fire, but their Neo-Gothic style connects them to the medieval character of the church.

The main altar contains the painting of Our Lady of the Wall, originally situated on the outside of the church. When Jerzy II Rakoczy, in alliance with the Swedes, besieged Krosno in 1657, the townspeople put the fate of Krosno in Saint Mary’s hands and, despite ruining the outskirts of the town, Rakoczy gained nothing. It is not surprising then that Saint Mary was chosen as the patron saint of Krosno and the painting was hallowed as sacred.

What makes the Franciscan church in Krosno unique is the outstanding Renaissance tomb effigies which survived the fire and are listed in numerous monographs on Renaissance sculpture published all over the world.

Take a virtual tour of the church