Krosno town square is undoubtedly one of the most beautiful places in the region and the beating heart of the town. Ever since the town was established, its town square has always been a place of business, walks and events.


After the recent renovation work, it evokes admiration with the restored façades of the historic houses, new cobbles and stylish lamps, while the numerous cafes and restaurants encourage visitors to spend some time there.

Krosno’s rectangular square, 115 metres long and 72 metres wide, may be smaller than the main square of Kraków but is definitely no less charming. Historic buildings from various times line its sides, and what makes it unique is the magnificent Renaissance arcades, which evoke the atmosphere of Italian città. The arcades were built during the golden age of Krosno, when old wooden buildings around the town square were replaced with impressive stone or brick ones by the rich townspeople and the town became known as “little Kraków”.

The Vogt’s house (no. 7) is the oldest house of this type in the entire Podkarpacie province, built as early as the 15th century. It is adorned by a beautiful early Renaissance stone portal, its arcades include classical Ionic columns, and it draws the visitors’ attention with its size. So does the so called Curia Praetoriana, that is the Town Council house (no. 5) from the beginning of the 15th century, an old seat of the Krosno’s authorities. It now houses the tourist information centre and the beautiful Piwnica PodCieniami Gallery in its old cellars, which is a venue of exhibitions and vernissages.

On the adjacent frontage of the square, the most prominent building is the old town hall (no. 1), dating back to the 18th century. It is known as the Clock House as its façade sports a clock made in Michał Mięsowicz’s First Domestic Factory of Tower Clocks. It now houses offices of Krosno State College.

In the frontage to the left, it is worth paying attention to the house at no. 27, which was built in the 16th century and in the 17th century was owned by the famous Scotsman living in Krosno, a merchant and the richest citizen of the town Wojciech Portius, who had it extended and made even more beautiful. Its present appearance is the result of renovation work at the beginning of the 20th century. 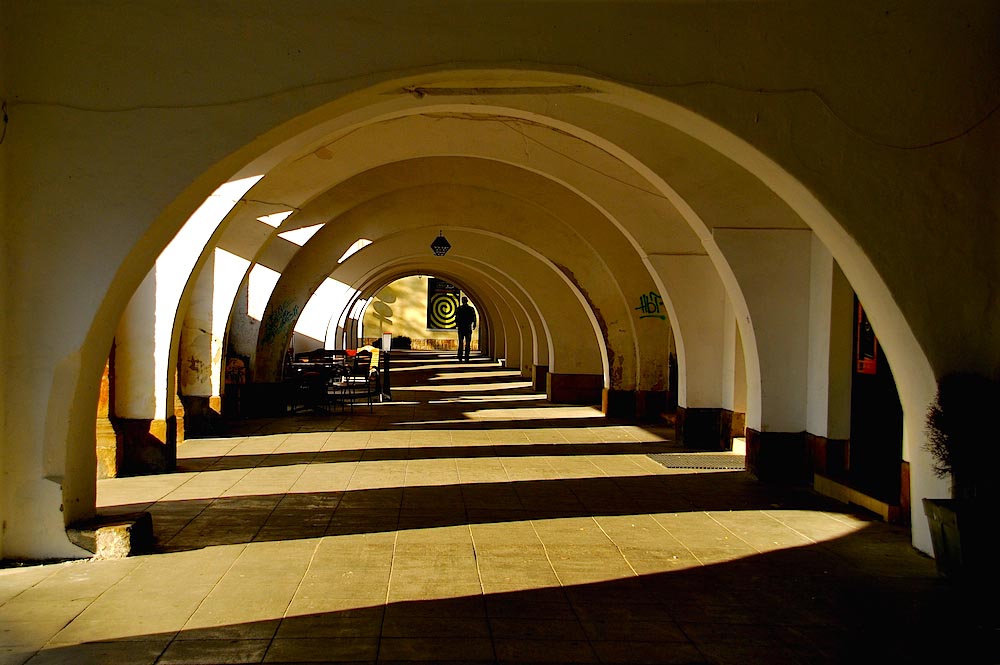 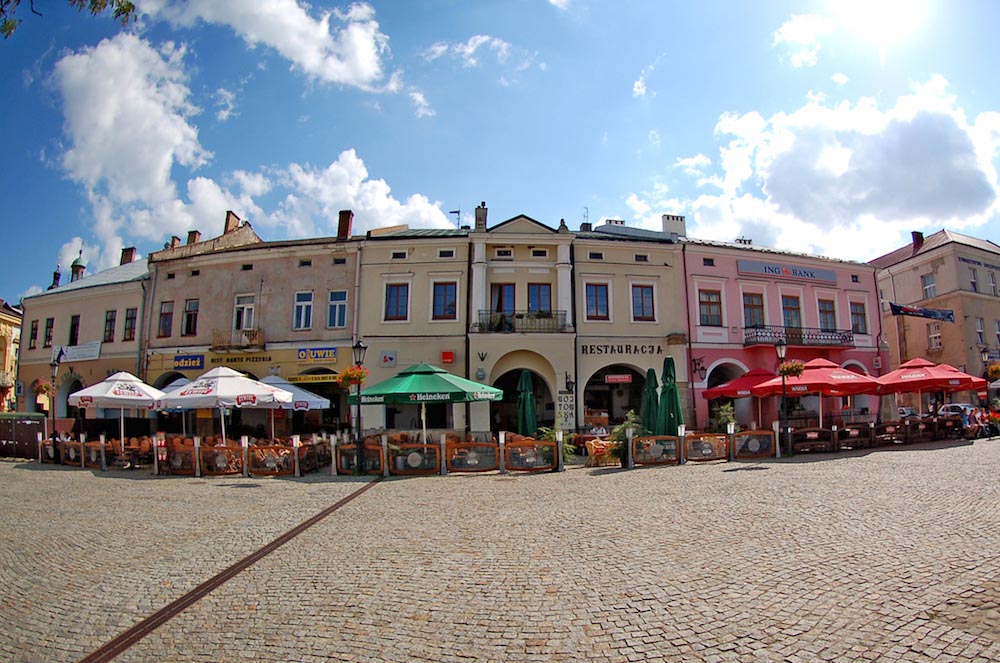 The house at no. 25 in turn is an interesting example of a successful modern renovation project where tradition and modernity merge together. The historic house was built at the turn of the 17th century, and in recent years it was successfully saved and reintroduced to the living organism of the town.

On the opposite frontage, there is another interesting house at no. 12. This modest but exceptionally charming building may look like one of the oldest in the Town Square, but it is a creation of the most famous architect of the turn of the 20th century, Jan Sas-Zaburzycki. He used the old walls of cellars and the ground floor to create a model early Renaissance house.

Unfortunately, Krosno’s Renaissance town hall did not survive to our times. It had been forgotten for a long time, until it was rediscovered during archaeological excavations at the beginning of the 21st century. Apart from the remains of the town hall, the archaeologists also discovered then an even older municipal building – the Vogt’s House from the middle of the 14th century – and a 15th century water pipe system, which at that time could only be found in big cities like Kraków or Lviv. The outlines of both buildings are now reflected in the patterns of cobbles in the Town Square.

Take a virtual tour of the Town Square